A Day on the Green – Sirromet Wines, Mt Cotton

A Day on the Green – Sirromet Wines, Mt Cotton

Often referred to as the “big day out for grown-ups”, A Day on the Green has evolved into far more than just a concert event. It is now widely recognised as the premier event, setting it apart from many of the other winery concerts.

Originating in Victoria way back in 2001, A Day on the Green has grown to become firmly established as arguably Australia’s most loved outdoor concert event. Roundhouse entertainment are responsible for putting on some of the most glittering Australian and international acts, providing some unforgettable musical memories along the way.

Although there are now as many as 18 different locations, this blog post will focus on the only one in Queensland. Here we will cover things like how to get there, what to expect and of course some of the top starts that are booked for the next few months. 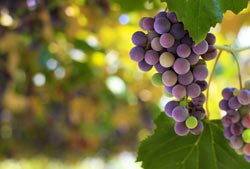 Getting to Sirromet Wines

Set at the very picturesque Mt Cotton, Sirromet Winery is within easy reach of key locations such as USA and the Gold Coast areas, making it a firm favourite for many South-East Queenslander’s.

A hugely popular choice for group travel tends to be mini bus charter. This allows you to plan for a great day out with family members, friends or colleagues, safe in the knowledge that you will all arrive relaxed at the same time. Another point to note is that shared travel costs will probably allow you to add some extra luxury touches to your picnic basket!

Traveling in from USA should take around 30 minutes, while slightly further afield areas like the Gold Coast will extend journeys by around 20 minutes or so. Using group transportation for getting here is such a sensible choice. Taking the strain out of getting here is only part of the equation, you can now safely enjoy your favourite tipple, knowing that getting back home is already covered.

If you are a fan of live music then it is very likely that you will have attended a few concerts in your time; however, a Day on the Green is like no other event.

The ability to bring your own food, although it is not mandatory, helps to make for an extra special day-out. Combine this with Grand Master Baitz spinning his tunes between bands, plus the chance to meet artists at the signing desk and you are guaranteed a top day out.

While parking is available at the venue, it should be noted that you will need to arrive in good time to secure the best spot. Perhaps another great reason to think about organising group travel with a reputable mini bus or coach charter company?

As you might expect there are a host of facilities and services available, including security personnel and fully trained first-aid officers.

The first concert in November sees Jimmy Barnes celebrate 30 years as a solo artist, as part of his special a Day on the Green national tour.

Coinciding with the release of his forthcoming “30/30 Anniversary album”, in which Jimmy has re-recorded 15 of his most magical tracks as collaborations with some of his favourite artists, you can expect Jimmy to be in top form as he wows the crowd at Mt Cotton.

The Living End have teamed up as special guests for what promises to be a mouth-watering show. Guests can expect to hear tracks like “lay down your guns” amongst many others, as part of this special series of events.

A truly unique experienc e is guaranteed as fans will be invited to take to the stage to spin the “Jimmy Barnes Greatest Hits” wheel. Wherever the wheel stops along the way will point to the name of one of Barnes classic tracks, giving the performing band instructions on the next track to be played.

In what promises to be a fantastic day out, Nick Barker will be kicking the event off followed up by the likes of Ian Moss, The Soulmates and Mahalia Barnes. 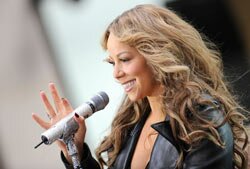 Female stars don’t come any bigger, or better than the icon that is Mariah Carey. Roundhouse Entertainment have really pulled out all the stops in securing this world-wide superstar singer songwriter.

Performing on tour for the very first time in Australia since 1998, this show promises to be a mix of the very best of Mariah combined with some new and exciting material. Mariah has even gone as far as suggesting that people “shouldn’t be surprised if they hear a brand new song” that has been written the very night before!

220 Million albums have been sold around the globe to date, with no less than 18 Billboard No 1’s. It goes without saying that the crowd will be rocking to tracks like “We Belong Together”, Touch My Body”, “Always Be My Baby” and of course the now legendary “Hero”.

If you missed the chance to see Mariah perform her “Butterfly” tour then you have the opportunity to put this right, with tickets for this event going on sale on Friday 26th September.

Early next year won’t come soon enough for fans of one of Australia’s most treasured rock icons.

February sees Cheap Trick reunite with The Angels in what promises to be an infectious mix of power-pop.

Expect the unexpected as the band with a flair for the absurd are joined live on stage by none other than The Superjesus, Choirboys and Baby Animals.

Cheap Trick will be making their first return to Australian soil since 2008 and will be capitilising on the opportunity to team up with The Angels in what promises to be a rock-lovers dream event.

Summing Up – A Day on the Green

Whatever you are looking for from a concert venue, A Day on the Green never fails to deliver.

Superlatives like “super-stars” or “icons” are often bandied around all too easily; however, the performers that are booked for this summers concerts deserve all the billing they get. Combine this with a picturesque scenery in the shape of Mt Cotton and you have got yourself a blockbuster day out.

Getting to the location couldn’t be easier, especially when traveling with friends. Why not get your group together, book the transport and relax knowing that all that is left to do is plan that special picnic basket.